How much does it cost the Whatsapp downtime?

Whatsapp status or Whatsapp downtime has been one of the most searched keyword in the last hours due to the outage registered of servers all around the world, mainly America’s East Coast and Western Europe, during approximately 3 hours the 3rd of May.

“Whatsapp Web requires a working internet connection, which you don’t have at the moment.”

Below is the hot map of the Whatsapp downtime on 3rd of May. 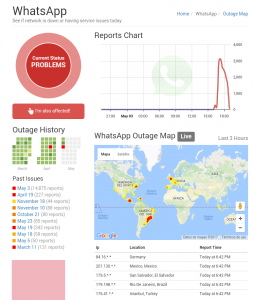 Previously we have studied similar happenings like AWS Amazon Cloud and Australian Bureau Census outage, but still we keep hearing about online services disruptions which repercussions are worth to analyse.

What are the consequences of the Whatsapp downtime?

1. The productivity has been declined, Whatsapp generates 42 billion of messages sent per day and they’re able to get the users’ entire contact lists. It’s estimated around 5 billions of messages lost during the downtime. 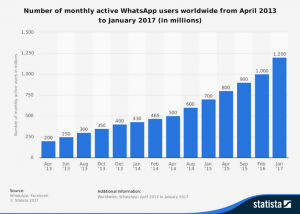 2. The data were unavailable and lost, Whatsapp uploads and stores all the users’ contents in their servers of 1,200 millions users worldwide. It’s estimated that 600 millions users were affected by the outage.

3. Confidence and trust lost, competitors take advantage of the outage to try to obtain users. 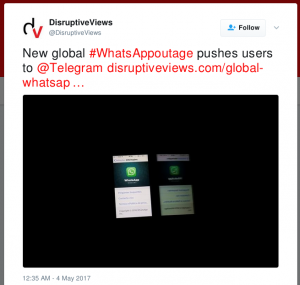 In the cases of other applications like Pokemon Go, they estimated their average cost of IT downtime about $9,000 per minute.

The outage may can be caused by several sources like application failure, data centers disruptions or security attack, among others. Fortunately, there are technologies available for avoiding it and one of them is setting your services in high availability throw system redundancy. We can not predict a performance disruptions or security threats but we can surely guarantee having the services active for the users who requires them and avoid the losses associated to services outage.

Importance of Cybersecurity for Businesses
The world of the internet is full of people waiting to breach into your system. They want to get a grasp of your personal information and exploit it. This might…
214 LikesComments Off on Importance of Cybersecurity for Businesses
We use cookies to ensure that we give you the best experience on our website. If you continue to use this site we will assume that you are happy with it.I agree