This section shows the routing configuration tables of the Zevenet Load Balancer, from this section we can modify the routing table behaviour, adding new routes or deleting the already existing.

All the tables know the subnets of the already configured interfaces in the load balancer, so from any configured table the system can forward packets to the destination network through the same table. For example, eth0 manages the subnet 192.168.100.0/24 an eth1 manages 192.168.101.0/24, but tables table_eth0 and table_eth1 know the subnet of the other, so if a packet reaches a VIP in table table_eth0 with a backend in the network 192.168.101.0/24 (reachable through eth1), this table (table_eth0), which received the packet, will be able to forward the packet directly to the network 192.168.101.0/24 through the table table_eth0.

As we already said, all the tables know about the subnet of the other tables but if for any reason a subnet doesn’t need to be known through another table, then this network can be “unmanaged” in the selected table.

The configure Tables view is described below: 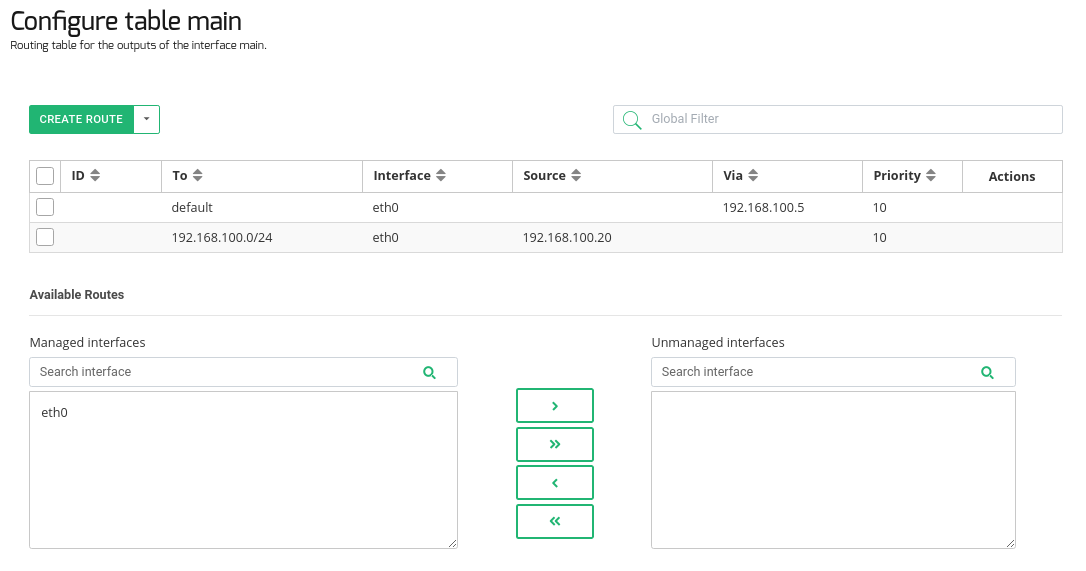