How to create a highly available Redis database with Sentinel monitoring

What makes Redis unique is that it can be considered both a store and a cache. It is designed in a way where data is modified and/or read from the main computer memory.

Among other features, Redis provides high availability, via Redis Sentinel, and automatic partitioning, via Redis Cluster. In addition, Redis has a replication mechanism that allows slave instances to be exact copies of master instances. The slave will automatically reconnect to the master every time the link breaks, and will its goal is to be an exact copy of it.

As Redis Sentinel provides high availability for Redis, it can handle failures automatically without any human intervention in many cases but also provides other tasks such as monitoring, notifications, and acts as a configuration provider for clients.

But, what happens when Sentinel detects a Redis server as down? We’ll discover in this article how to create a complete highly available virtual service for Redis.

Please take into consideration that this configuration also can be done even if your Redis server is not using Sentinel for monitoring.

The scenario that we want to achieve in this article is shown in the diagram below. 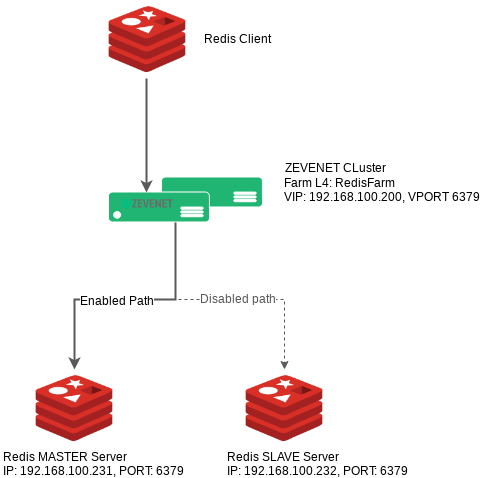 Redis Sentinel checks the state of all Redis nodes and changes the role of the Redis server once an error is detected.

The load balancer checks the state as well, but it does it periodically every some seconds. There could be cases in which Sentinel detects the problem but the load balancer could take up to a few seconds to realize. This could lead up to the balancer sending requests to the wrong master which is the one that has just failed but has been switched by Sentinel.

Zevenet offers a way to solve this issue, the L4 farm performs checks periodically. On the other hand, there’s also the flow passed to the backend that contains no previous check. When the farm guardian realizes that backend is not responsive, then it raises the alarm, indicating that the flow shouldn’t go this way.

Taking this into account, we have on the one hand the checks and on the other the requests. If the check fails, then the flow is sent immediately to another node. Even the ongoing petitions are redirected to another online node. This will be explained in further detail in the configuration. 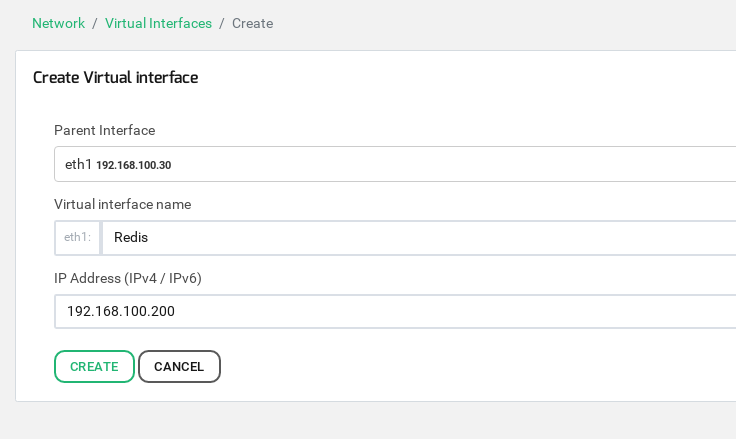 Then, for Redis virtual server we need to create an L4xNAT farm. For that, go to LSLB > Farms, and then click on Action and Create Farm.

Once the initial parameters are set, click on Create. Next, go to the Advanced tab and make sure the protocol type is TCP.

Next, go to Services. Backends and Farm Guardian will be setup here for advanced health checking. First find the Backends section, and click on Actions > Add backend like it’s shown below:

But before modifying the Farm Guardian for this particular farm, go to Monitoring > Farmguardian and then click on Action > Create Farmguardian.

Choose a descriptive name for your new Redis Sentinel health checker, for example, check_redis_master as in the example, now choose check_tcp in the filed Farmguardian to copy and click on Create as shown below. 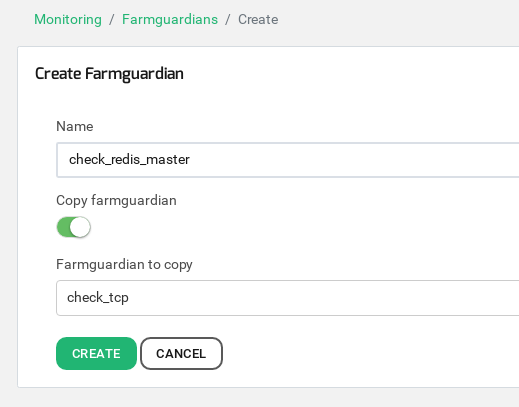 Finally, copy the above mentioned command in the Command parameter and do the configuration as shown below. 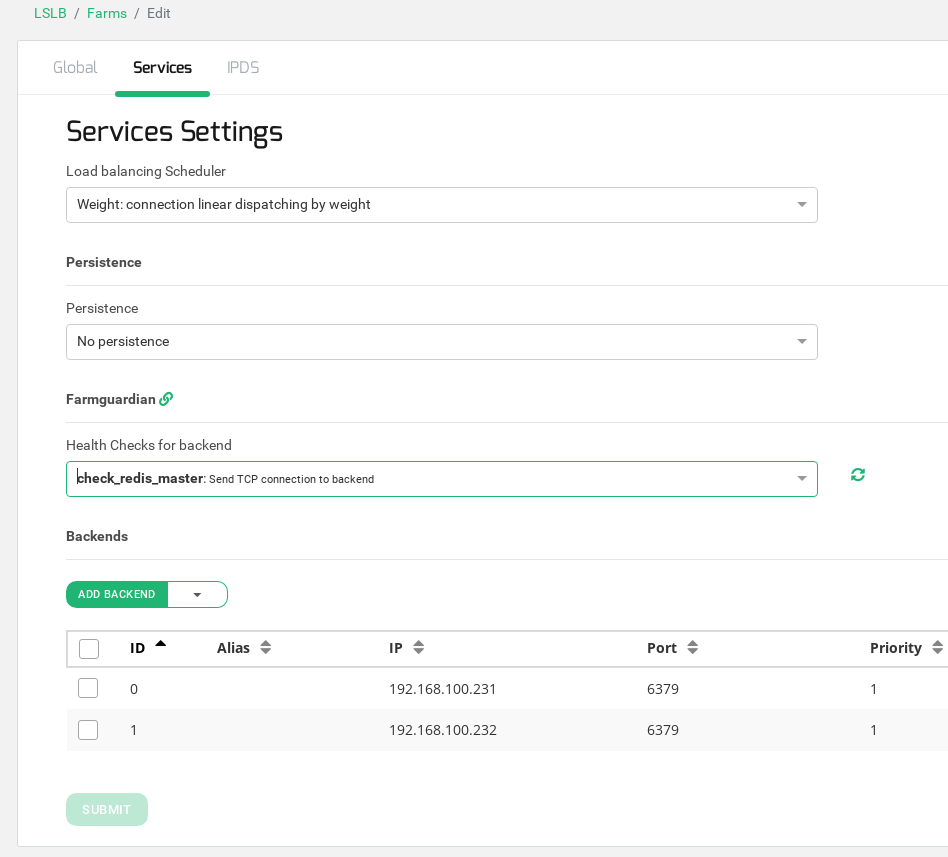 Click on Update the farm and now Redis will be fully highly available.