How to configure Zevenet 5 and 6 cluster

We have made a mayor rebuild of the Zevenet Cluster looking into the future of seamless load balancing. With the release of Zevenet 5 we are presenting this new cluster, including stateful failover capability for LSLB farms in Layer 4 (aka L4xNAT farms).

To better understand the new capabilities of the cluster lets have a look to the most characteristic features of the previous cluster system:

So only the cluster interface and the management interface will have unique IP addresses to each node.

When the backup node detects a problem with the master node and takes over the master role all moving interfaces and farms are started.

With the new Zevenet Cluster every NIC, VLAN and Bonding interface has a unique IP address, if configured, and only Virtual Interfaces will be available on the active node.

Before the failover process happens the backup node has all the network interfaces and farms up and running, but all ARP advertisement packets for Virtual Interfaces are blocked, so there won’t be duplicated IPs with those in the master node. Also FarmGuardian is only running in the master node.

During the failover process the backup node detects a problem with the master node, then removes ARP blockages for Virtual Interfaces, advertise them to the network and also starts FarmGuardian checks. Once finished this process, the backup has taken over the active role and becomes the master node.

This way greatly improves the time it takes the failover process and achieves seamless cluster switching using the stateful capability.

Now the nodes are ready to setup the new Zevenet Cluster.

We have made the setup process as simple as possible:

When configuring a new Cluster ensure that both nodes are using the same kernel version (ie. same model of appliance). 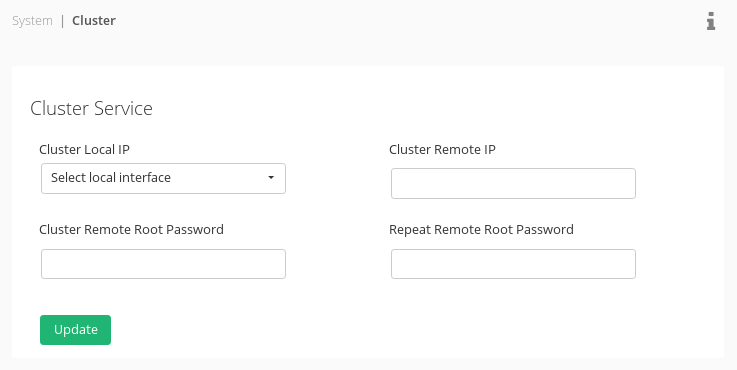 Once the cluster is setup click on the cog icon to change any cluster settings: 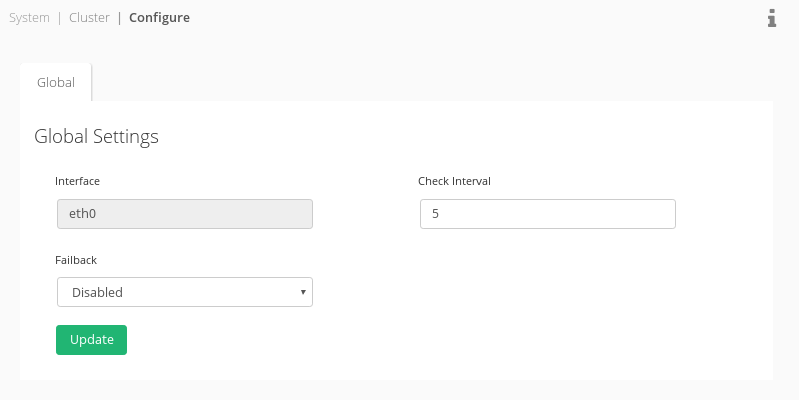 The possible node status are:

From this panel the local node can be put in maintenance mode clicking on the squared icon next to the node. Enabling this mode makes the other node take the active role.