This section details the most important system resources statistics available in the load balancer. It shows graphs and stats for Memory, CPU and Load. 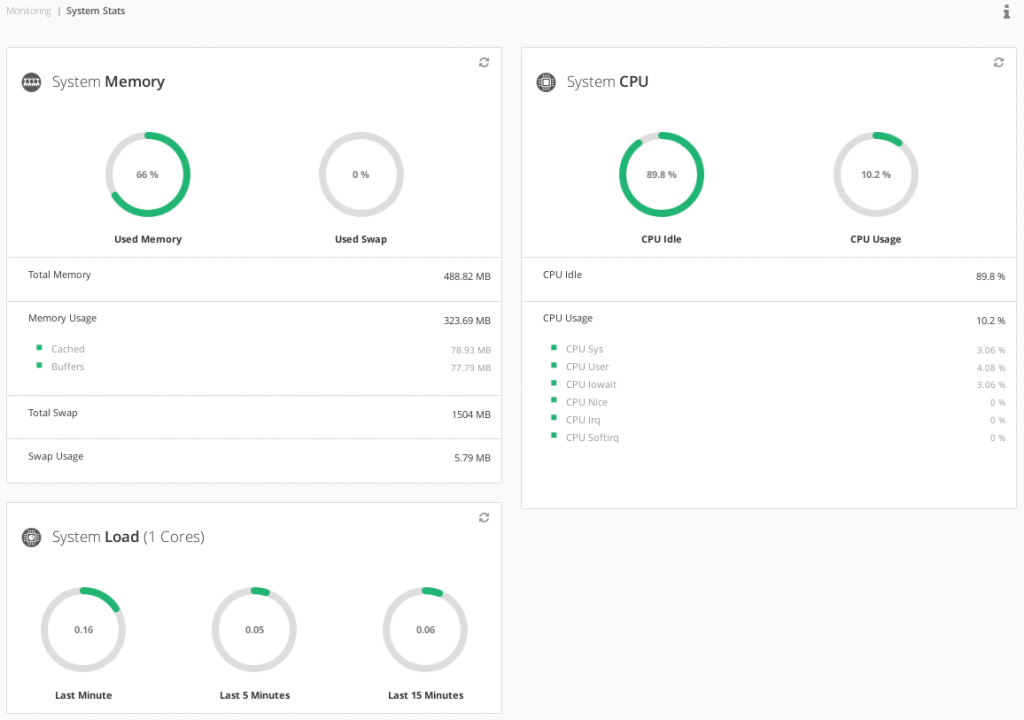