This section shows the DoS protection rules available organized in two tabs Global and Farms. Keep in mind that every change in this section has to be applied clicking on the Update button.

The Global Settings for every type of DoS rule depends on the type of the rule itself. See below the different options.

Name. By default the name of the DoS rule.
Type. The type of the rule, either System or Farm.
Rule. Which kind of rule of all defined ones. 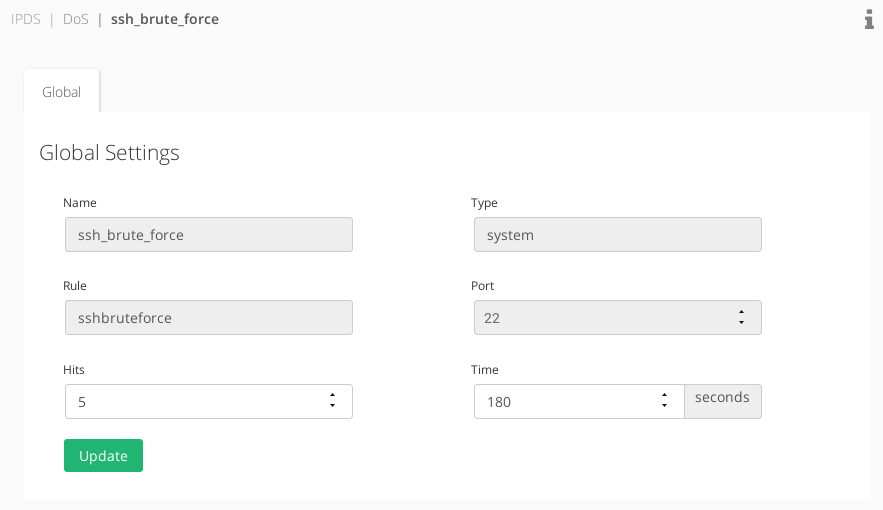 Some settings in regards to the SSH brute force rule are:

Port. It can’t be changed and it’ll be gathered from the SSH service configuration.
Hits. Number of incorrect logins attempts before blocking an IP source address.
Time. Amount of time in seconds that a certain IP address will be blocked if the number of hits is reached. 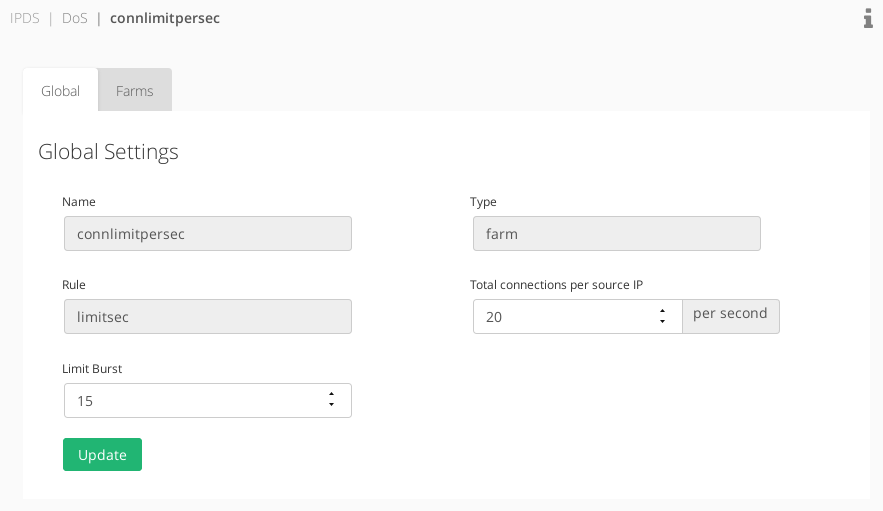 Some settings in regards to the connection limit per second rule are:

No global settings available for this rule. 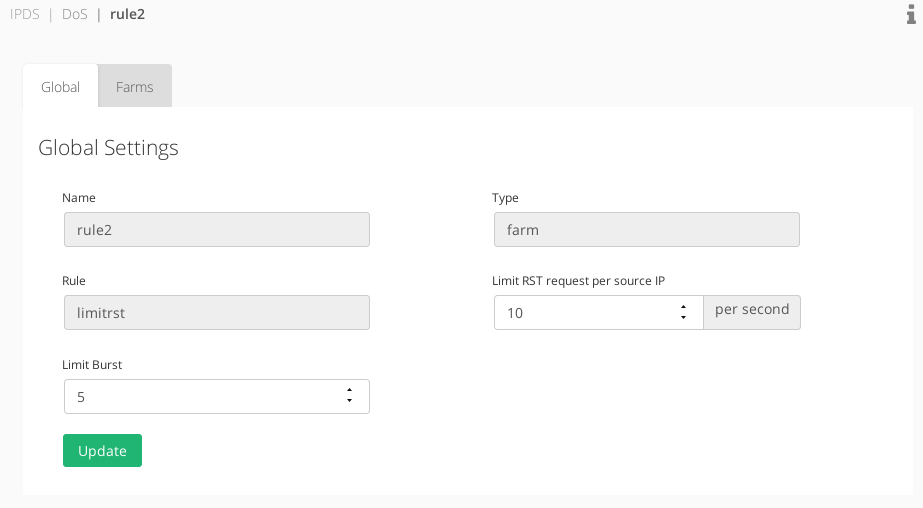 This section allows to assign farms to the DoS rules defined, through the Farms tab when updating a rule.

The available actions in this section are:

The actions are applied one by one, or by a group of farms services through the multiple selector.